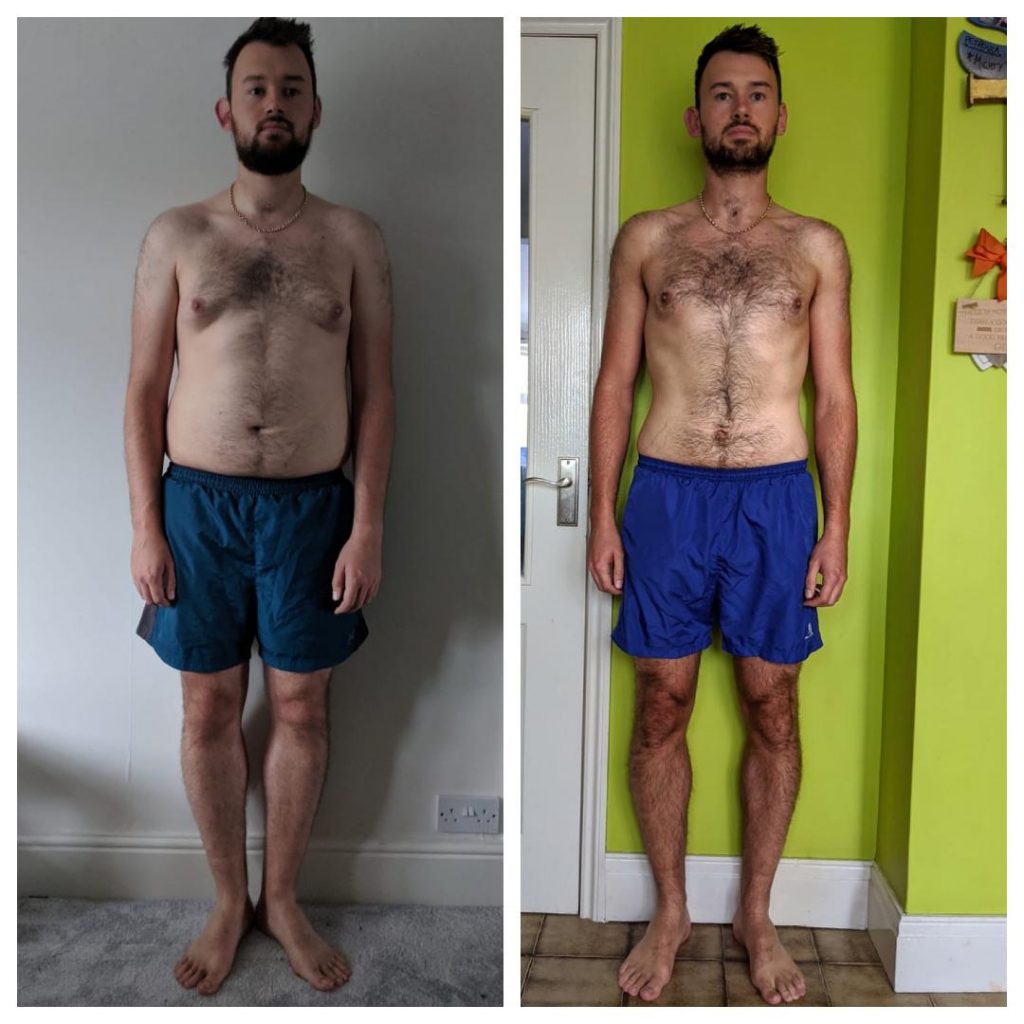 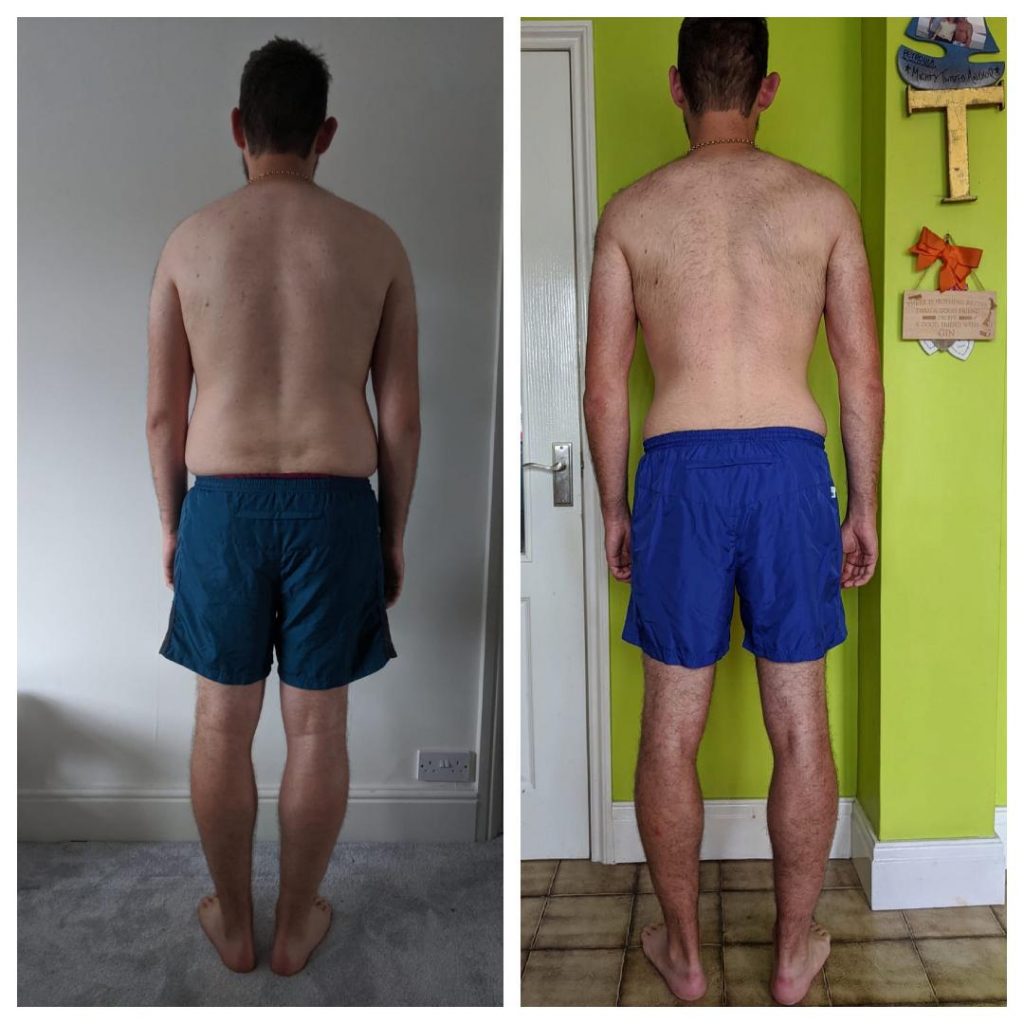 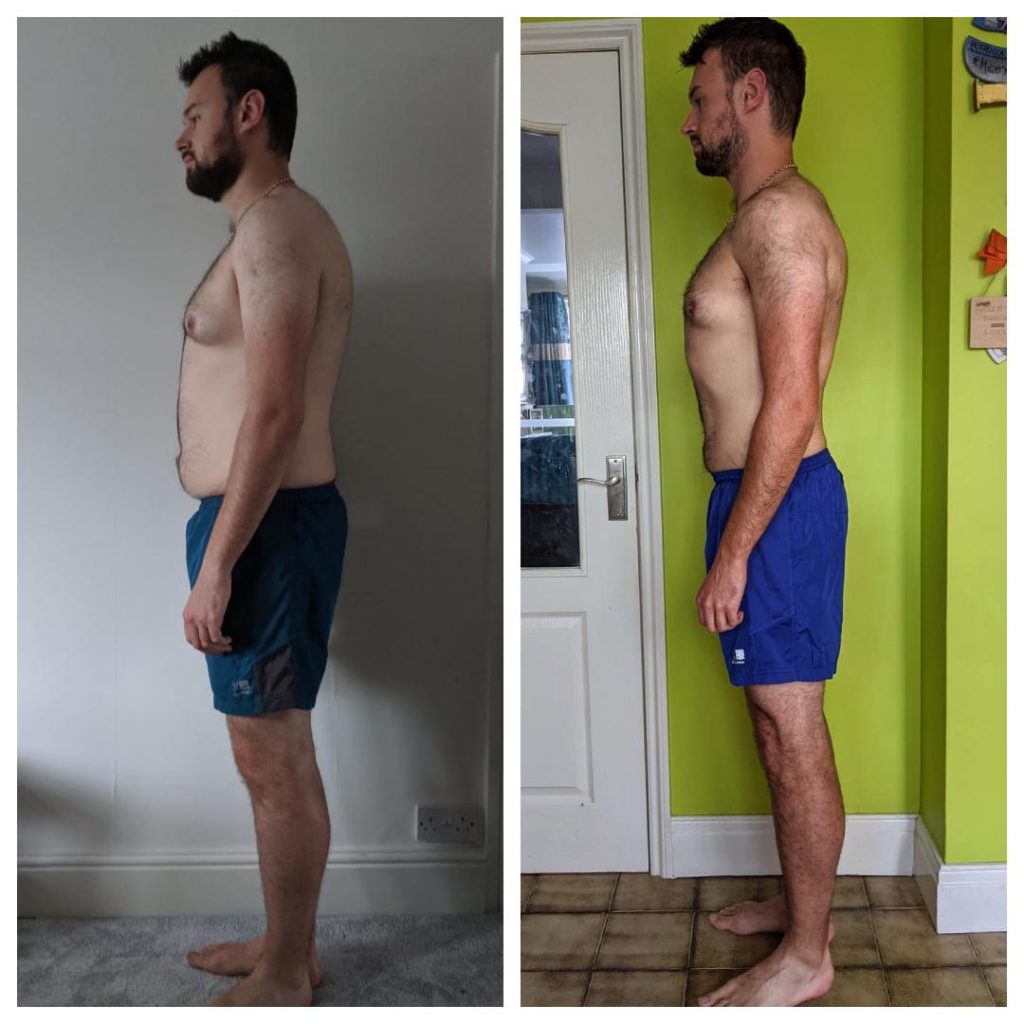 Just over a year ago Josh decided that he had had enough..

He wasn’t happy with how he looked and how he felt.

His weight had hit a high of 110.6 kg and was affecting his confidence, he watched a video of himself from a night out and simply did not like what he saw.

The video proved to be his defining ‘light bulb’ moment, and became his trigger for taking action towards making a change.

By making some simple changes Josh successfully lost under 5kg which helped kickstart his journey with myself.

We began working together in July 2019 at which point Josh weighed 105.8kg.

By becoming ‘calorically aware’ and managing his energy balance Josh continued to lose weight and increase energy. Our focus was always on developing a long term plan beyond an initial 6/12/16 week plan.

During the time Josh has continued to live his life! He enjoys variety of foods and still enjoys the occasional drink (or two or three)!

Historically he was NOT a gym user, but he now trains consistently (and progressively) every week and he is THE strongest he has EVER been!

After a year of consistent and progressive action Josh now weighs 86.3 kg

He has more energy, more confidence, better posture and is a TRUE pleasure to work with. I couldn’t be more proud of what he has achieved.

I’m sharing this now as we are now entering our second phase with the goal of adding more muscle to his frame. I’m excited for the next 12 months!